BETWEEN CHANGINGS AND REBIRTHS

If we wanted to give a brief summary, we would probably say that it must have been thecloister of the convent next to the Church of N.S. della Consolazione, but it became something different, as it can be noticed by entering the Eastern Market.

But, if you want to know more, jeep reading: we will tell you everything. 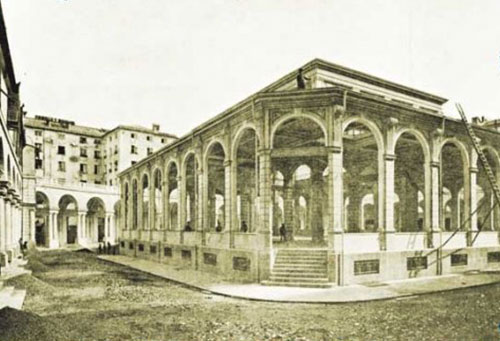 A journey throughout time 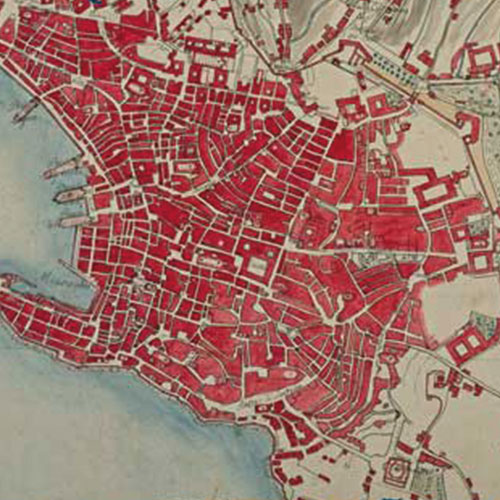 An Augustinian cloister that ends up being something else. 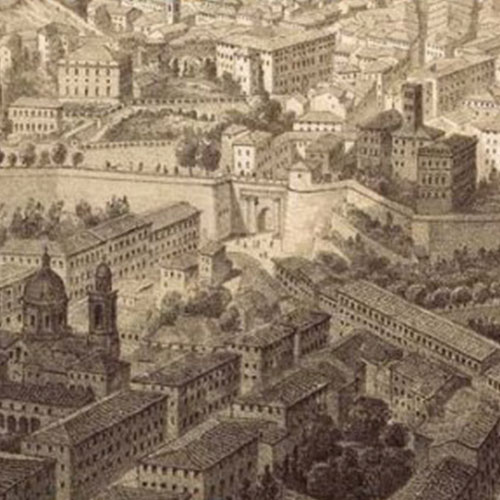 Until the end of the 19th century

An embryonal market as the centre of Genoa blossoms. 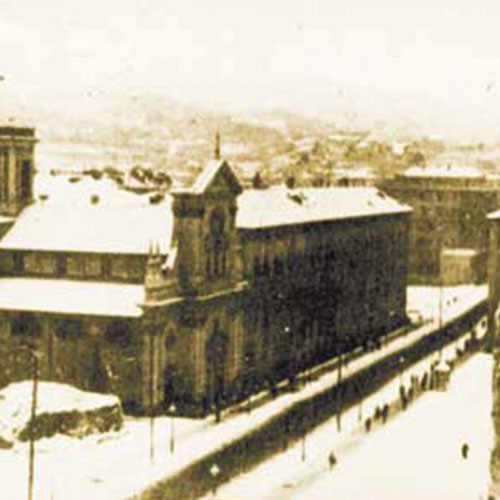 1899: an inauguration so spectacular that goes down in history. 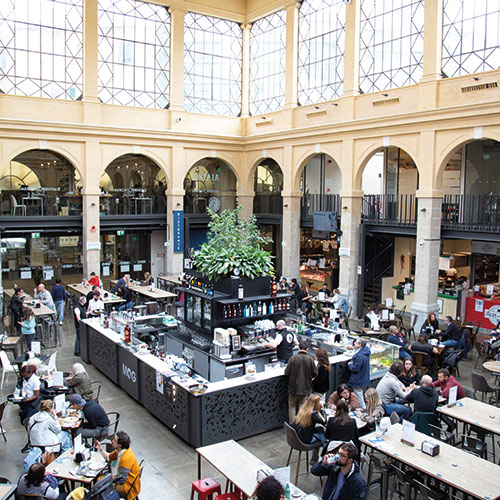 After a long renovation, from 2019 the market has its navel.

1699: The first stone for the construction of the Church of N.S. della Consolazione

The first protagonists of this story are the Augustinian fathers and their monastery on the left bank of the Bisagno. In 1656 the monastery became a lazzaretto in order to contrast the outbreak of plague that hit the city. Only after 25 years it was destroyed and the monks were forced to move to the S. Vincenzo neighbourhood, in front of the convent of Santa Maria della Pace, between the old and the new walls, completed in 1637.

It is in that spot, between Porta di Santo Stefand and Porta d’Arco, that the monk started building the church of N.S. Consolazione (consolabitur omnes ruinas) and its convent. To be precise, the first stone was laid on the ground in 1699. The story here takes a decisive turn: the construction of the cloister was abandoned, while the numerous columns of the colonnade of the bottom floor were walled up,leaving space for little shops and little shelters for goods.

The upper floors became apartments for the population, while the Augustinian occupied the third floor. The internal area remained unused and it became a garden. The Market is beginning to take shape.

In this map of Genoa at the end of the 18th century the original location of the convent of Consolazione can be seen. 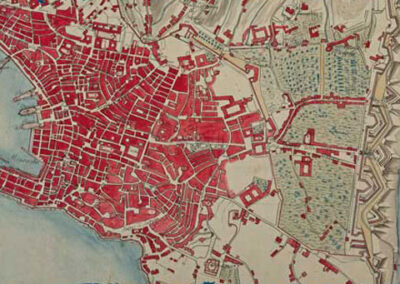 Until the end of the 19th century

The lower floors was occupied by shops and warehouses, as the centre of the city is blossoming.

Take a look at Alfred Guesdon’s paintings, who often found inspiration for his paintings here in Genoa, made with the litographer Johan K. Schulz.
The Acquasola gardens, still united with Villetta di Negro, stretch out behind the city, sloping down to the sea. In the corner of the foreground the back side of the Church of Consolazione with a part of the convent can be seen as it was in the mid-19th century.

In the mid 19th century, the area was enriched with a new neighbourhood between Via S. Vincenzo and the Church of Consolazione, along the tracks of Via Galata and Piazza Colombo. To the south stands the bulk of the Abrara Asylum, a round building with a radial structure, built between 1834 and 1841 to a design by Carlo Barabino and then destroyed in 1912, making way for the new streets, now known as “del quadrilatero”. 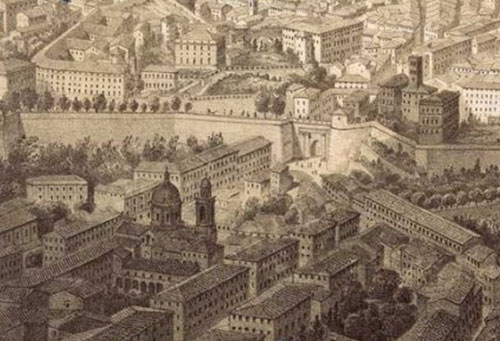 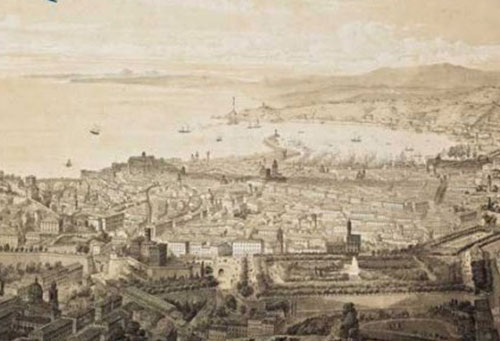 1899: Inauguration of the Eastern Market

Newspapers of the time gave wide coverage to the opening of the new market, because theinauguration was in grand style, thanks to the horticultural exhibition by the Agricultural Committee. A palm tree of 11 metres and 80 quintals, moved from a villa in Nervi, was highly appreciated by citizens, who flocked to admire the biggest plant of Liguria. Architecture and building enthusiasts also have a good reason to attend the festival:this was the first building in Genoa that used the Hennebique system, Porcheddu’s patented iron-reinforced concrete.

The market space was a scene of demonstrations and events for 20 days: there was a lot of talk in the newspapers about the launch of 500 carrier pigeons, promoted by Fert society. The municipality understood the touristic potential of the event, therefore it provided a tram service, from Brignole, Raibetta square and Corvetto square.

Reading the edition of Genova Nuova, which reviews all ‘the new and beautiful things with which Genoa was enriched’ in the second half of the century, we find a chapter devoted to the New Eastern Market:

“The work has turned out to be a real jewel, both in its details as well as in its sober and elegant architectural line and also in its eminently decorative overall”. 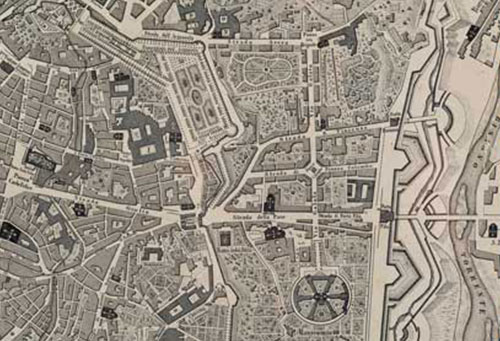 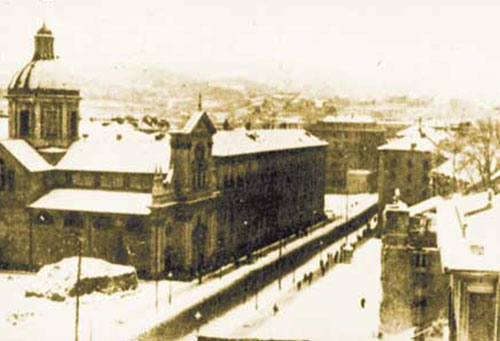 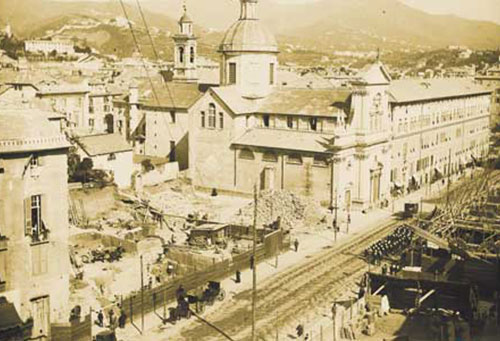 The inauguration of our spaces in 2019

Our MOG, opened on the 7th of May 2019, is the last step of this evolution:it is the navel of the Eastern Market, its natural prosecution, a place set in its own time that knows its incredible history well and makes the territorial and socio-cultural entrenchment a value to be proud of. 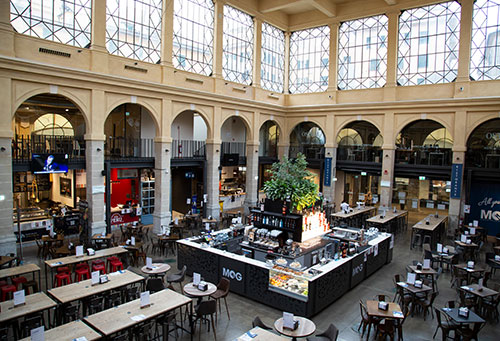 And how are we today?